Paula Stinnett has had an incredible journey growing from a self-proclaimed “princess” into a queen.

She has two children, one 7 and the other almost three.

The two year-old is in a near constant state of exaggerated “feminine chaos”, as Paula calls it.

Paula shares that she found it easy to get sucked into the tantrums until she became attuned to meditation and vulnerability.

Today was a shit storm in my life.

My son, like Paula’s daughter, was in his own tantrum-throwing, exaggerated toddler state.

I woke up with a devastating cold and fever only to rush to a doctor’s appointment for which my pediatrician was 1 hour and twenty minutes late.

After two hours in the office, my son and I, late for a new babysitter, threw his toys and sippy cup in my diaper bag and headed home in terrible traffic on Mopac in Austin.

When I arrived home I (finally) made a cup of coffee, set up my desk in my bedroom and opened my computer.

Dead.  I saw dried milk from the sippy cup in the sockets and knew that this could be pretty bad.

Should I go to the Apple store right away?

And leave my son with this stranger?

I tried to do my work from my phone and an iPad but it wasn’t working.

Finally I surrendered to the chaos and went to sleep.  I had no choice, at that point.

When I finally got the energy I went to the Apple Store where my son wailed for over an hour.

I was tired, exhausted, humiliated, and close to exhibiting the worst possible behavior, myself.

But we still had 5 hours until bedtime…

It was at that point that I used my Mommy Escape plan.

I stopped in the hallway and gave my son a bowl of cacao nibs to munch on while I took some deep breaths and meditated.  Then I called my friend Jenna, my mommy Escape Route confidant.  She didn’t answer but almost immediately called back.

Jenna walked me through the situation and put perspective on it for me.  She prayed for me and empowered me with her own stories and nightmares from the month.

At home, we made some comforting chicken noodle soup with lots of vegetables and sat together – my son and I- having a peaceful moment.  When he got incited again over a toy that broke, I held space for his tantrum and stood tall as a mighty oak.  I was grounded, meditated, well-fed, and ready for whatever came my way.

What is your Mommy Escape Route when everything around you is falling apart?

Do you have 3-5 friends or family members you can call who love and respect you enough to listen without lecturing you?

Do you have people who can empathize vs sympathize with your situation?

If you don’t know what I mean by this, take a quick look at this YouTube video based off a short but powerful teaching by Brene Brown. 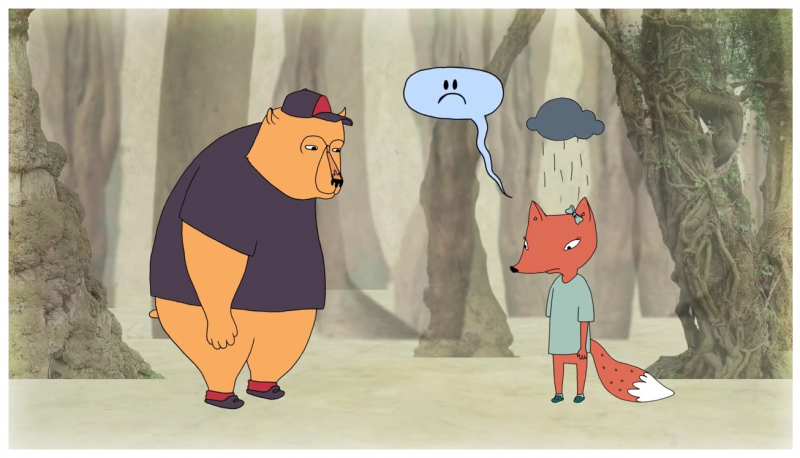 You DESERVE to handle tantrums with love and grace.  Write down a Mommy Escape Plan for yourself today.

Lessons in This Module